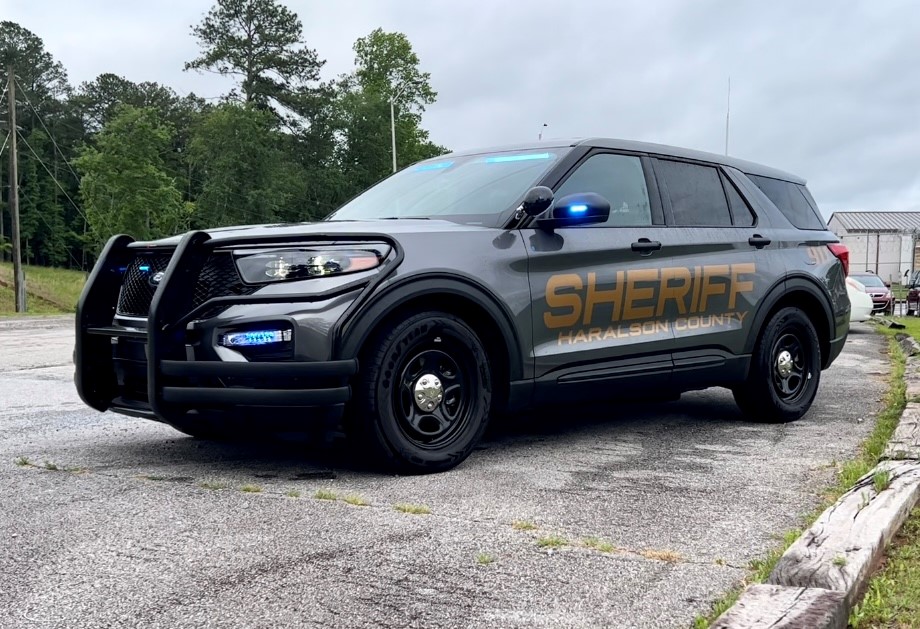 Michael Shane Hulvey has been arrested by deputies.
On Wednesday, July 6, 2022, Deputy Robin Hood initiated a traffic stop on Winters Road after she observed a grey Chevrolet pickup truck run a stop sign. During the traffic stop, the male originally cooperated by handing the deputy his license and the female passenger appeared to cooperate by giving the deputy her information. Deputy Hood ran the tag, and it did not come back right so she moved the male back to her vehicle in order to check for a VIN number. When Deputy Hood was searching for a VIN number, the male ran, and the deputy could not give chase due to having the passenger in the truck. The female passenger originally gave the wrong name and date of birth to Deputy Hood and as Deputy Hood was speaking to the female trying to get her real name, she observed a Ziplock bag of what was suspected methamphetamine in plain view sitting in what was left of the dash.
Back-up deputies arrived on scene and the female, now known as Caitlin Pauline Wood, 23 years old from Fruithurst, AL, was arrested on multiple outstanding warrants. Wood was also charged with Giving False Information, Obstruction, Possession of Methamphetamine and Possession of Methamphetamine with Intent to Distribute. The male, Michael Shane Hulvey, 41 years old from Felton, GA, is now wanted on multiple charges including Possession of Methamphetamine, Possession of Methamphetamine with Intent to Distribute, Stop Sign Violation, No Valid Decal, No Valid Registration and other traffic related offenses.
“This is one of the communities that I have met with that are having serious issues with drug related crime. We have done several Crime Suppression Operations in that area and our Patrol Deputies actively try to get up there and check the area as much as possible,” states Sheriff Stacy Williams. “We will continue this effort around Haralson County so that the citizens here can have peaceful enjoyment of their property.” 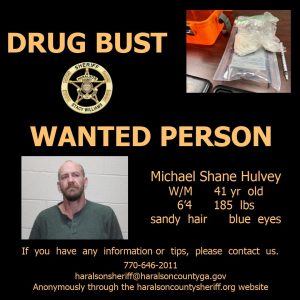