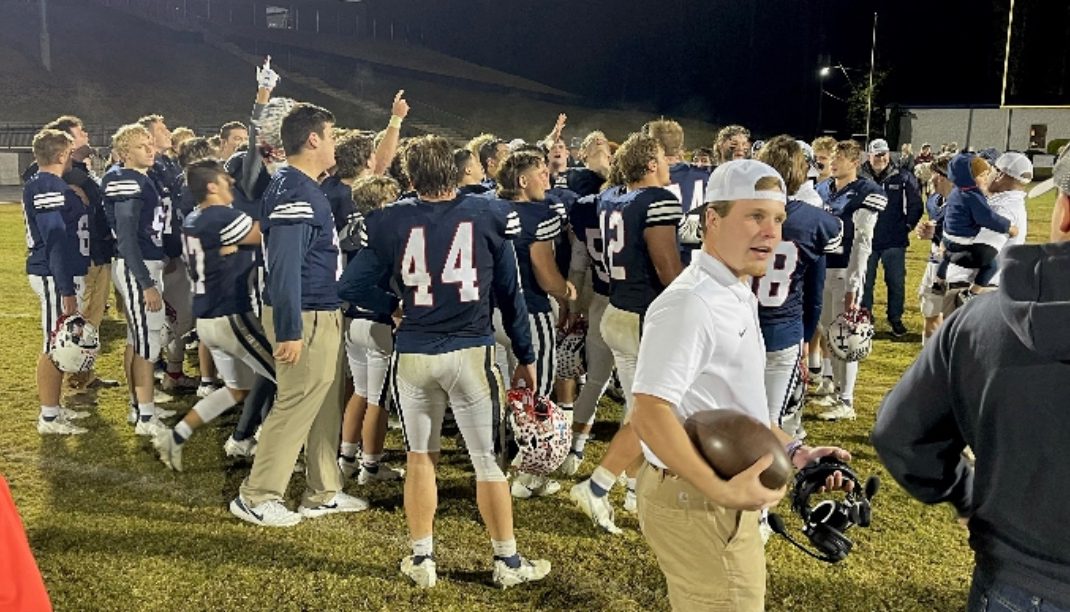 Bremen would receive the opening kickoff and start 1st and 10 at their own 34. Both teams would both go 3 and out and punt on 4th down. On Bremen’s 2nd drive the Blue Devils would put the first points on the board kicking a 24-yard field goal.  The Blue Devils would go up 3-0 with 1:45 left in the 1st quarter.

Haralson County would answer back with their first touchdown coming from a rushing touchdown from Clay Hyatt. The Rebels would now be within 3 down 10-7.

At the half the score would be 10-7 Bremen. Haralson County would receive the 2nd half kickoff and muff the ball resulting in Bremen recovering the ball. Bremen would attempt a field goal but missed giving the Rebels the ball 1st and 10 at their own 26.

It took Clay Hyatt 3 plays to break a long 71-yard touchdown run to take the Rebels 1st lead of the game. The Rebels now lead 14-10 over Bremen. The Rebels would force a punt and on the 1st play Wesley Cole would take it 50-yards with a huge lead block from Kaden Mullins to the house. The Rebels now had a 21-10 lead.

With 3:09 left in the 3rd quarter Blake Matthews would take it in from 4-yards out for the rushing touchdown. Bremen would attempt to go for 2 but not succeed leaving the score 21-16.

It took a minute for the Rebels to answer with Clay Hyatt taking it 68-yards up the middle for the score. The Rebels would now have their biggest lead of the game leading 28-16.

Bremen would go for it on 4th down late in the 4th quarter and be held. The Rebels would start to run the clock down and then Clay Hyatt would take it in from 4-yards out and his 4th rushing touchdown. The Rebels would now take a demanding 35-16 lead.

Huge shout out the Head Coach Scott Peavy on his region title and being the #1 seed in the playoffs.  Also, congratulations to the Rebels G3.